First Degree: Support yourself with one hand on a doorknob or the like, and the other hand on the hip. Swing one leg forward and then backward, with a straight leg (and knee), with a smooth motion, no pause. For the final few swings, you may bend the knee and kick as high as possible. These swings should last four full breaths for one leg, and then switch to the other.
Second Degree: Standing, both hands on hips. Perform as above. Over time, ramp up the speed such that you perform 20 short swings per 2 full breaths. For the large ‘kicks’, move the corresponding arm backward, and the other forward.
Third Degree: Standing, hold both arms out to the sides with fingers straight and palms pointing down.  While INHALING and EXHALING once, swing the right leg sideways behind the opposite leg in short swings.  During the next breath, repeat the movement but in front of the opposite leg.  While INHALING, perform short swings, while EXHALING, perform large “loose” swings.  In conjunction with the large “loose” swings, thrust the arms to the opposite side that the leg is swinging towards (much like a speed skater would use during spurts).
Fourth Degree: This is a combination of the 2ndº and 3rdº movements. INHALE and swing the left leg backwards and forwards in short swings.  EXHALE and swing the left leg backwards and forwards in long swings while swinging your arms simultaneously.  During the second full breath, repeat the above movement with your right leg.  During the third INHALATION, perform short swings sideways (as in the 3rdº) with arms stretched sideways.  During the third EXHALATION perform long swings sideways while thrusting arms to the opposite side.  During the fourth full breath, do the same sideways swings with your right leg. 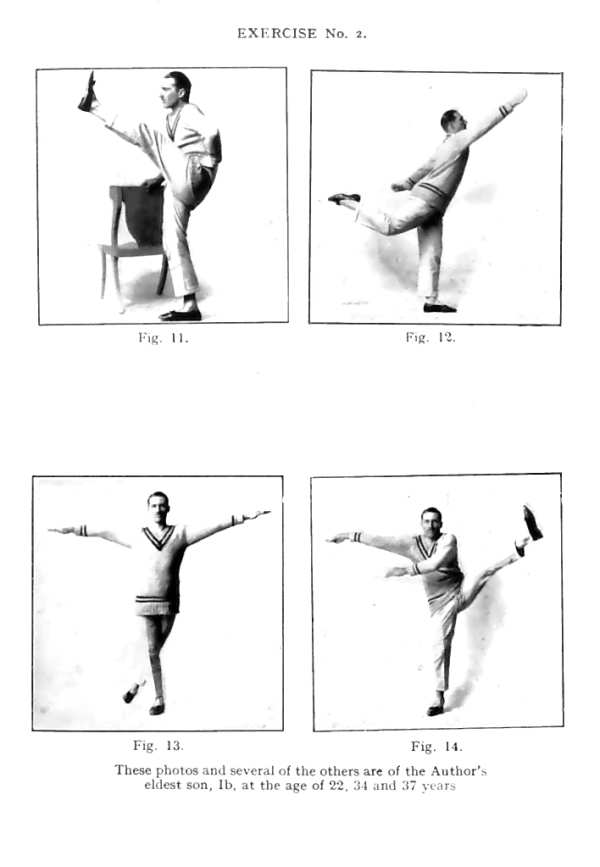